Reykjavik, 4-5 May 2015 – Up north, where wind, ice and fire rule over the volcanic country of Iceland, 8 teams gathered to build on their ideas for future businesses. Ranging from geothermal energy pumps to aluminium smelters and electric driving applications and a true insect protein bar – the ideas in this boot camp were as varied as the landscape of the country.

Starting with getting to know each other and everyone’s expectations we started with a great vibe. As always, the extent to which the businesses had been developed already, were different. But because of that, the participants learn a lot from each other.

One has a fresh view on a developed idea, and others have a more mature view on wishes and ideas in their earliest stages. The flexibility of new idea is an advantage in modules like the beachhead market but can be a pain in the financials. More mature or thought through plans can have difficulties simplifying their deal to the customer but have an advantage in market competitive advantage. Speaking to potential customers proved to be a great exercise for everyone.

With a crystal clear sky and great company we worked hard for two days. Everyone took their own lessons out and went back with their idea with new inspiration and insights. The Icelandic coaching sessions with pizza and beer will prove to be catalysts for the pitches, for which a firm foundation was laid in the boot camp. We trust the teams of Iceland to knock down the national jury with some stunning pitches and wish those coming to the European final the best of luck! 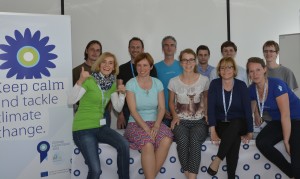 Ljubljana, 21-22 April 2015 – The city is blooming and blazing in the first sun of the Slovenian spring. 4 teams come together to work on their business ideas. We are at the brand new Institute of Chemistry, where construction workers are still walking around fixing things and the building smells of the freshly painted... Read more » 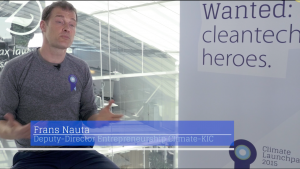 Video: the why and how of ClimateLaunchpad 2015

In this video Frans Nauta, founder of ClimateLaunchpad, and Mike Goodfellow-Smith, one of our certified trainers, explain why it’s so important to empower start-ups to combat climate change. “Science is very clear about climate change. We have to fix it”, says Frans. For a green and clean future “we need thousands of companies challenging the... Read more »