Experience a Climatelaunchpad bootcamp in less than two minutes… During the two day event, participants learned the importance of good business practices.

Every journey begins with a single step…

Our very own Naomi Zeilmaker traveled to the bootcamp in Austria and came back with a short video of the time she spent there. She condensed two days of bootcamp into less than two minutes. You can share her journey.

During the two day event, participants learned the importance of good business practices to make their innovations successful. The idea is to give them the tools they need to be successful.

There were several impressive ideas expressed in Austria, including an app to support home gardeners in growing their own vegetables (not as easy as it sounds) and a plan to fend off desertification by relocating the nutrient rich soil piling up against the Aswan Dam to areas that need it.

By the end of the second day Naomi tells us that the teams had really honed their ideas.

“Some of them came in not knowing exactly how to describe their idea or how they could make a profit. By the end of day 2, the teams really knew how to describe what they were doing. They were really focused. It was impressive!”

This year’s ClimateLaunchpad business idea competition is being held in thirty countries all over Europe. Throughout the Spring and Summer, countries hold bootcamps for teams that make it through to the first round. For two days, a trainer works with the teams, helping them to calculate climate impact, describe their Founder’s Dream, understand their financial model, and prepare for becoming a successful startup.

Following the bootcamp, the teams receive mentoring with the help of the national leads. Business people, pitch coaches, and financial whizzes pitch in to help the teams prepare for the next step: the National Finals.

The National Finals are judged by local experts. Three teams are then selected to go through to the European Finals.

The 2016 European Finals will be held in Tallinn, Estonia. You should definitely come. Sign up for our newsletter so you won’t miss a thing. 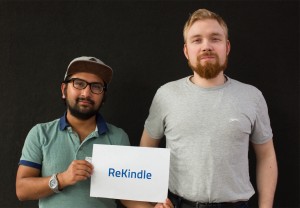 Our first newsletter of 2016 went out on June 21. If you aren’t a subscriber, here’s what you missed: Al Gore on sustainable business and climate optimism; the announcement of the first three national finalists, a bit of solstice love, and more. We’re Going Global Global impact starts at ClimateLaunchpad People and organizations from all... Read more » 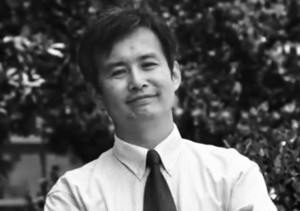 Huang Ming’s dream of a Solar Valley in China is now a reality. Will China become the heart of cleantech innovation as a result? “Everything is solar” Huang Ming calls himself “the number one crazy solar guy in the world.” He is the leading solar innovator and builder in China. Huang Ming has created a model... Read more »