The importance of water cannot be overstated. It’s the oil of the 21st century. Its usage is at the heart of conflicts all over the Middle East. The team at Desert Control has a solution that promises to both save water and increase the opportunities for agriculture on arid land.

ClimateLaunchpad talked to the 2015 winners, Desert Control, about their business and their progress getting their startup up and running. 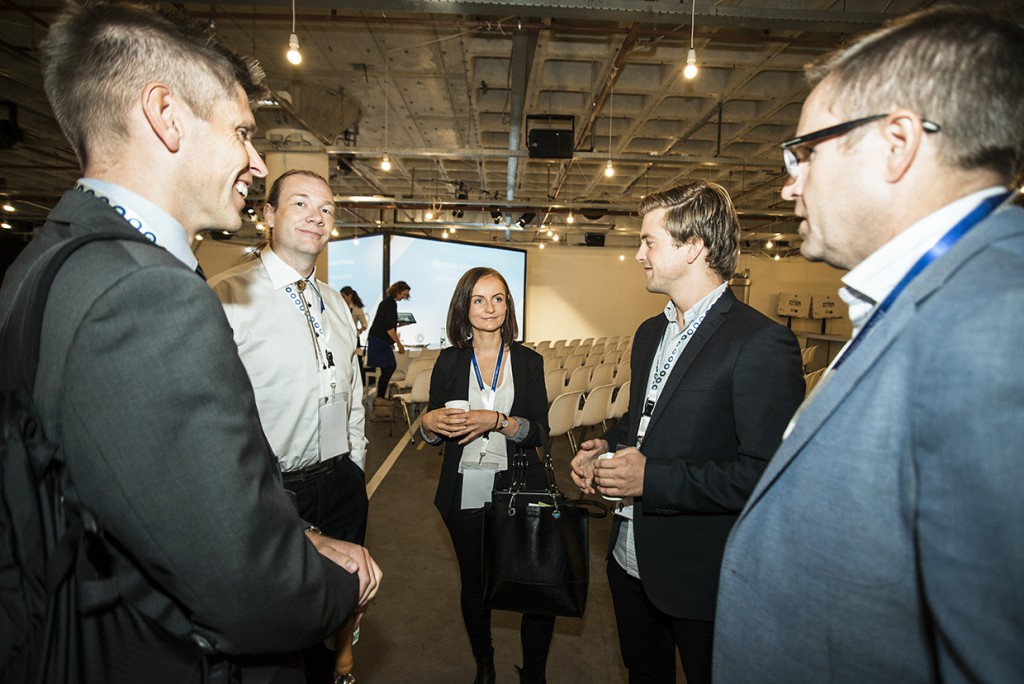 Two members of the Desert Control at the 2015 Finals (left)

The founders of Desert Control had spent three years in Egypt and Kuwait testing a product to enhance the reflection of sunlight from the surface of the desert sand. The results were excellent, but short-lived, making further development unfeasible.

While there, Kristian P. Olesen, an expert in fluid dynamics, had become intrigued by the concept of enhancing sandy soil. He’d been infected with the same curiosity and desire for a solution as had the scientists and engineers who lived in the region. He wanted to address the problem of desertification.

Like many before him, he thought the solution must be clay.

He developed and patented a mechanical process for disintegrating individual clay flakes into water. This mixture could be irrigated into dry sandy soil.

Kristian’s son, Ole traveled to Egypt in the middle of January 2006 to discuss a simple test with Dr. Islam Wassif of Egypt’s Desert Research Center.

Dr. Wassif was furious and happy all at once when he realized what the Desert Control team had accomplished. How could two hillbillies from Norway find a solution to something that had eluded his team for decades? At the same time, he was hopeful about what this development could mean for Egypt’s future.

The first tests made examined the mixture’s ability to slow and even halt the movement of sand. The thin treated layer stopped sand from moving in wind velocities of up to 27 meters per second. This was later tested with Dr. Wang Tao at the Cold and Arid Regions Environmental and Engineering Research Institute Chinese Academy of Sciences in Lanzhou, China.

The research institutes in Egypt had done a lot of different work to enhance the growth potential of dry sandy soil. Research using clay had been done for at least 15-20 years. The expense and the amount of clay used made the project prohibitive.

About 900 tons of clay per hectare were required to have positive results. The labor required was enormous.

Still, researchers had extremely positive results in terms of crop yield after adding 90-100 kilos of clay to every square meter.

When the Desert Control team explained how their liquid NanoClay could be irrigated into the soils without any mechanical work, there was great enthusiasm. If only 10% of the water needed for irrigation could be saved, a statue of the ambassador would be built, Egypt’s Minister of Agriculture Land and Reclamation Amin Abaza told Norway’s ambassador. 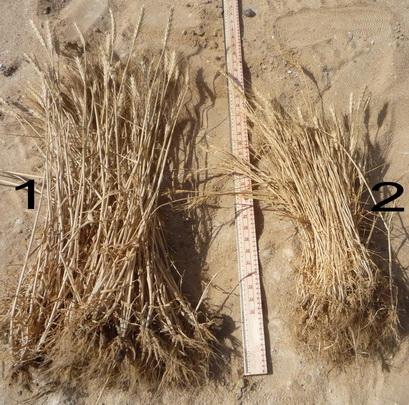 The Desert Control team was brought in to prove the technology on an unused plot. The results were so positive that the scientific team monitoring the experiment refused to sign off on them. The test plot treated with Desert Control’s Liquid NanoClay demonstrated a 416% higher yield than untreated plots.

“We know you’re cheating,” the Desert Control team was told. The results seemed scientifically impossible. Another test was ordered, this one observed by a whole team of scientists and overseen by Dr. Ahmed Yousry Kerdany. The results were repeated and the test was confirmed, Ole Olesen told ClimateLaunchpad.

“We had the same results as good American farm soil, in the Sinai. We ourselves didn’t even know what was causing such great results.”

The fungus among us 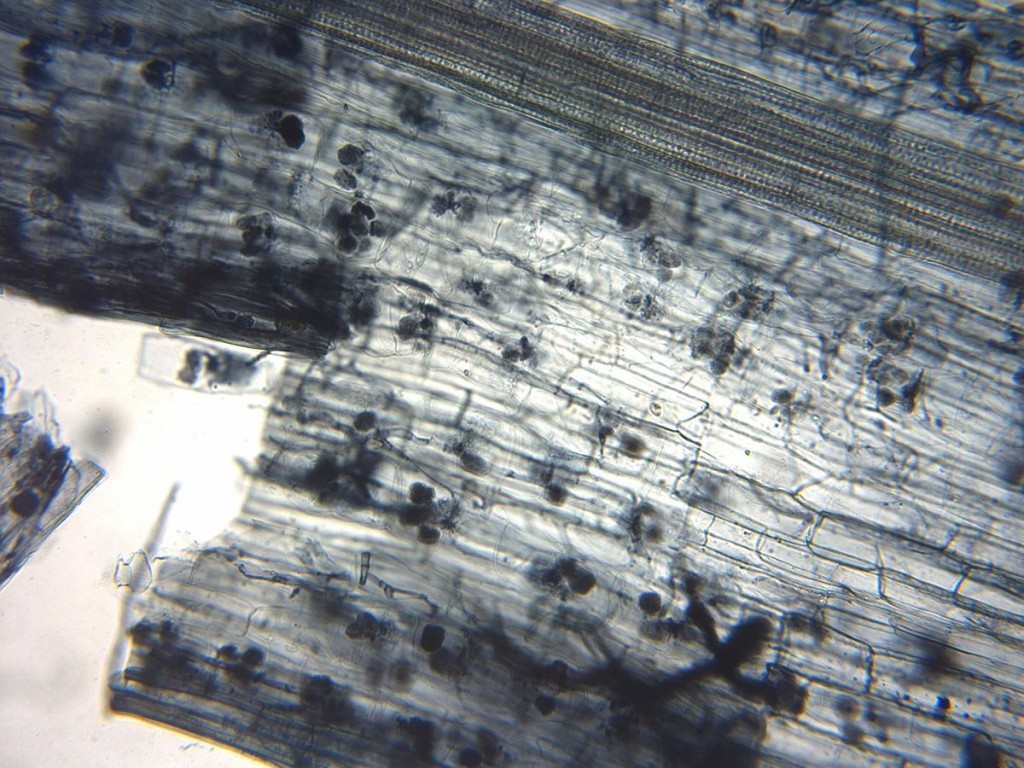 In 2006, Dr. Wassif saw something surprising in the Liquid Nanoclay. A fungus had begun to grow in the sand treated with Nanocaly. Dr. Wassif knew its presence made the land more productive, but he didn’t know what it was.

In 2014, the team figured out the secret to the high yields. It wasn’t just that the mixture retained water and nutrients: it was that the mixture of clay and cow manure they used became a catalyst for a particular type of fungus: mycorrhizal fungi.

According to biologist Douglas H. Chadwick, writing in Mother Earth News, “Mycorrhizae, not plant roots, are the principal structures for most nutrient uptake in the plant kingdom.” Chadwick explains:

“The outer walls of hyphae contain gluey compounds that cause fine particles of earth to clump together on and around the threads. This process is a major factor in building soil structure and making the ground less vulnerable to erosion. Mycelial networks also play a valuable role in sequestering carbon within microclusters of filaments. They limit their partner plants’ exposure to heavy metals, such as lead, zinc and cadmium, by keeping those elements bound to the hyphae’s sticky sheath. At high latitudes and high altitudes, mycorrhizal fungi scrounge nutrients from cold, rocky soils. In boggy regions, the hyphae buffer plant partners from the high acid content of peaty soils. In saline ground, the hyphae help safeguard their partners from high salt concentrations. Mycorrhizae can also protect plants from pests and diseases.”

“The fungus existed in the cow manure we used. It was also in the ground. The clay created the right environment for the fungus to flourish.”

“Imagine trying to grow anything in glass beads. That is what sand is like. Water and nutrients flush right through. Wrap the beads in something like newspaper and the water and nutrients remain. That’s what the fungus does to the sand. It creates a great environment for growth.”

The possibilities are truly groundbreaking

In addition,the  surface temperature of plant-covered land is significantly cooler than that of bare sandy land. The Desert Control report states:

“Converting bare sandy soils to green plant covered land lowers the surface temperature around 15°C. This has a cooling effect of 320 – 360 MW/km2. Changing desert to the green land also reduces CO2 emissions by between 15 – 25 tons/hectare.”

Where are they now?

Political upheaval got in the way of a full-scale implementation in Egypt. Desert Control is still working on its product, looking for two more large-scale verifications of the technology. We expect to hear more news from them soon as the results of tests come in.