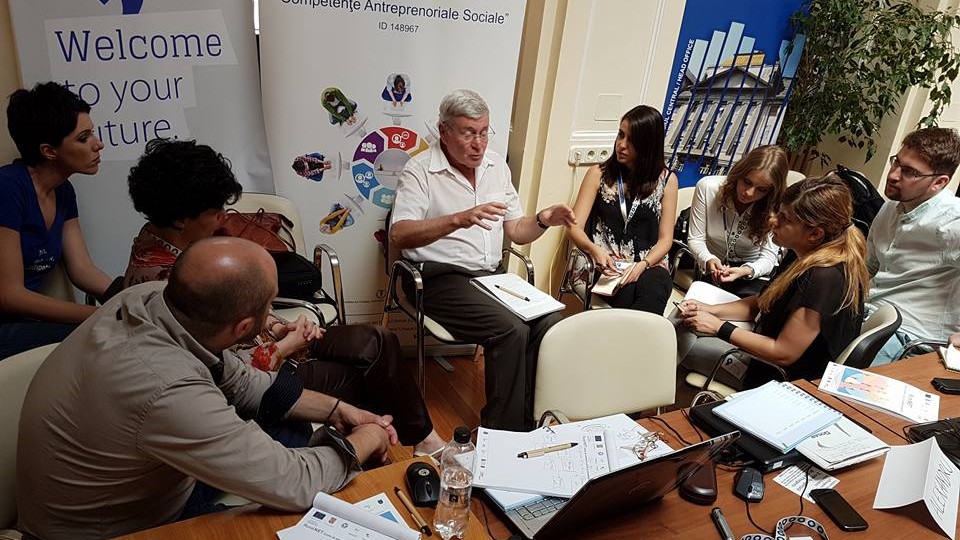 Learning together at a startup bootcamp in Romania

Startup Accelerators have taken the world by storm. Pioneered by Paul Graham and Jessica Livingstone in 2005 with Ycombinator, they have grown into an industry of their own. There are now hundreds of startup accelerators around the world (and probably over a 1000), and all of that in a little over ten years.

However, there is quite some confusion about what a startup accelerator is. Consider these possible answers, which one would you pick?

A Startup Accelerator is:

a. The low-budget airline equivalent of venture capital investing for early stages companies

b. The pivot for incubators hoping to find a business model that is more interesting than renting out cheap office space to insolvent customers

c. A way for universities to boost commercialization of research

d. Entrepreneurship education that ought be taught at the world’s top business schools, but which never happened because startup founders are a (much) less profitable market than MBA students

f. The latest addition to the open innovation toolbox of corporations that includes smart investing, coaching and access to company R&D resources

g. A magnet for visits of politicians and policy makers (including the obligatory photo)

h. All of the above and then some

The honest answer in my opinion is answer h. Given this wide range of interpretations of what a startup accelerator is, it’s fair to say that the accelerator model has something to offer for many different players. Moreover, there is quite a bit of hype. It seems that everybody wants their own accelerator, and get in on the action while it’s still hot. But what is this phenomena really?

What a startup accelerator does

First, let’s look at what a startup accelerator does. Accelerators are in essence a service for startups. The SLA typically includes a mix of a small investment, combined with training, coaching and networking. The reason why they have caught on so fast and have become a global phenomena is because the accelerator model solves many problems with early stage entrepreneurs for many different types of organizations. Let’s have a look shall we?

For venture capital, accelerators are the logical answer to the fact that doing a startup has become almost free. Take Google, for instance. When Larry and Sergei were forced to leave the Stanford campus (and it’s free computer and network capacity) they needed around 1 million dollars to build up their own infrastructure. Nowadays that infrastructure is available almost for free via Amazon Web Services or one of it’s many competitors. Starting Google in 2016 will cost you about $50,000 for two dorm beds, two laptops, latte’s and pizza.

For a traditional VC firm, $50,000 is way too small a number. The legal cost of creating contracts alone are higher in any normal deal.

Customized services that come with an VC investment, such as supporting a startup with recruiting, industry introductions and PR support: all very labor intensive and thus costly.

The solution is the low budget airlines equivalent of VC: one-size-fits-all contracts (no business class and no seat reservations), standardized investments (no time lost with negotiations) and economies of scale in services (cohorts instead of one-on-one).

Startup incubators also jumped on the accelerator bandwagon. Because let’s admit it, the business model of incubators is really horrible. Renting out cheap office space to insolvent customers, who came up with that? The most successful teams leave as soon as they can, because they want to have their own office space to show that they are now a serious company. But what if you could take a share of the companies that enter your incubator? That could be an awesome way to join in the success of the companies that have left the building. Given that incubators traditionally have had all kinds of services for startups, it’s an easy transition. In Silicon Valley you literally stumble across incubators that have evolved into a hybrid model of incu-acceleration.

Universities
Next, let’s look at universities. Governments in many countries are pushing academia to turn more of their research into business. That’s why every university has their own incubator these days, often subsidized through city or national government programs. Even more than the commercial kind, university incubators can suffer from the ‘sick puppy syndrome’. The good companies leave, the mediocre ones stay behind, struggling to pay the (low) rent, and founders clinging on to their dream of the big success. It’s really hard to kill a sick puppy. Nobody likes to do it. Puppies are really sweet, and sick puppies even more so.

The accelerator model solves this problem. Not a building, but a process, with a clear deadline, and with constant review to select the good teams from the bad. It really is a great way to boost commercialization of research. Academia based accelerators typically don’t take equity, but tend to benefit from licensing if teams are successful. Interesting programs are iCorps in the USA and the European Institute for Innovation and Technology and the KICs in the EU.

Great, for that we can go to the business school, right? Wouldn’t it be great to do a MSA (Master of Startup Administration) at Harvard, Berkeley or Stanford? It would, but there is a little problem here. Startup founders don’t get loans for education, MBA students do. Startup founders with money to spend will always put that money in their startup instead of education. So there is not really a market. That’s why both iCorps and EIT (and most academia based accelerator programs) are government funded.

And as it turned, there is something great for the startups in the accelerator model, apart from the investment, coaching and networking. Accelerators partly emulate the ‘classroom’ model. Doing a startup is a very tough and often lonely project. Being in an environment of people going through the same journey is a strong bonding experience. Like in the university class rooms, there is a lot of peer-to-peer learning. Friendships for life develop. Many cohorts keep meeting after exiting the program.

Then there are the corporations. For corporations, accelerators are the latest addition to their open innovation toolbox. It’s especially valuable for three specific things: idea scouting, getting rich data on the learning curves of teams and leveraging R&D resources. In terms of idea scouting, well, wow. You open a call, and without much effort hundreds of applications fill your inbox. How great (and cheap) is that? Next, you have a cohort of teams that you can see from up close for several months before you have to commit to a big investment. In those months it’s pretty easy to see which teams have the most promising learning curves, and which ones get stuck. Talking about de-risking, wow! And then there is the tremendous value add for startups by leveraging corporate R&D resources. Opening up R&D facilities, access to IP, access to engineering facilities, test equipment: there is a clear win-win here, when executed well.

Accelerators are here to stay

Given all of the above, it’s pretty clear that accelerators are here to stay. As will the politicians and policy makers that are attracted to accelerators like bees to honey. Accelerator are the high energy environment that governments yearns for in their quest for economic growth and new, high paying jobs. This high energy is inspiring, it feeds the dream that every city, region and country can evolve into something like Silicon Valley. And there is certainly some truth to that. But it takes a lot more than subsidizing a few startup accelerators, for sure. 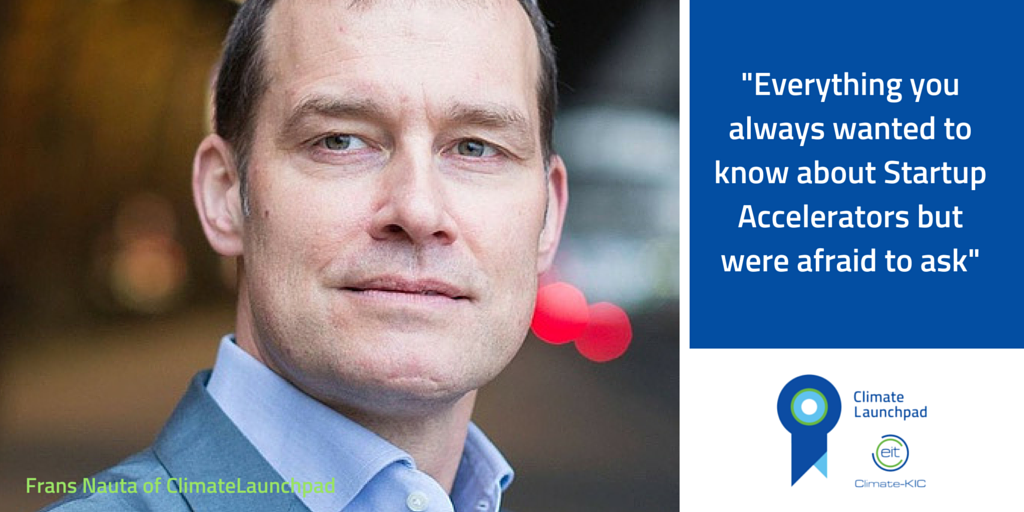 Accelerators are here to stay, and we are getting more clarity on how to run an accelerator. Like for instance in this post, where I discussed the different accelerator models that that have evolved over the past ten years. But there are many questions left. What is the most effective curriculum? How do you set up an application process and how do you select startups? How do you engage with investors once you have a cohort up and running? Where do you find mentors and coaches? What is the most promising business model given your situation? Etcetera. In the coming months I’ll discuss some of those questions. And I need your help with that. If you have things you always wanted to know about startup accelerators (but were afraid to ask), this is your chance. Drop me a line with your question, and I’ll see if I can come up with an answer.

Shameless plug: If you want to learn how to run an accelerator you should check out the Startup Accelerator course we have created at UC Berkeley. It’s 14–18 November 2016 in Berkeley. It’s a program with top notch instructors, guest lecturers with thought leaders from across the accelerator industry and site visits to leading Silicon Valley accelerators. If you are curious about accelerators you will love the course. 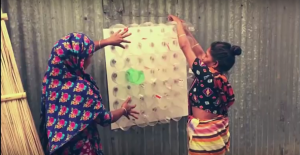 Beat the Heat with this DIY Eco-Cooler from Bangladesh

Cleantech doesn't always mean complicated and expensive innovation. In Bangladesh, people are making their own coolers from plastic bottles and cardboard. 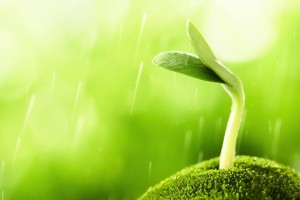 What Did ClimateLaunchpad Do This Summer?

What did ClimateLaunchpad do this summer? Keep reading to find out...