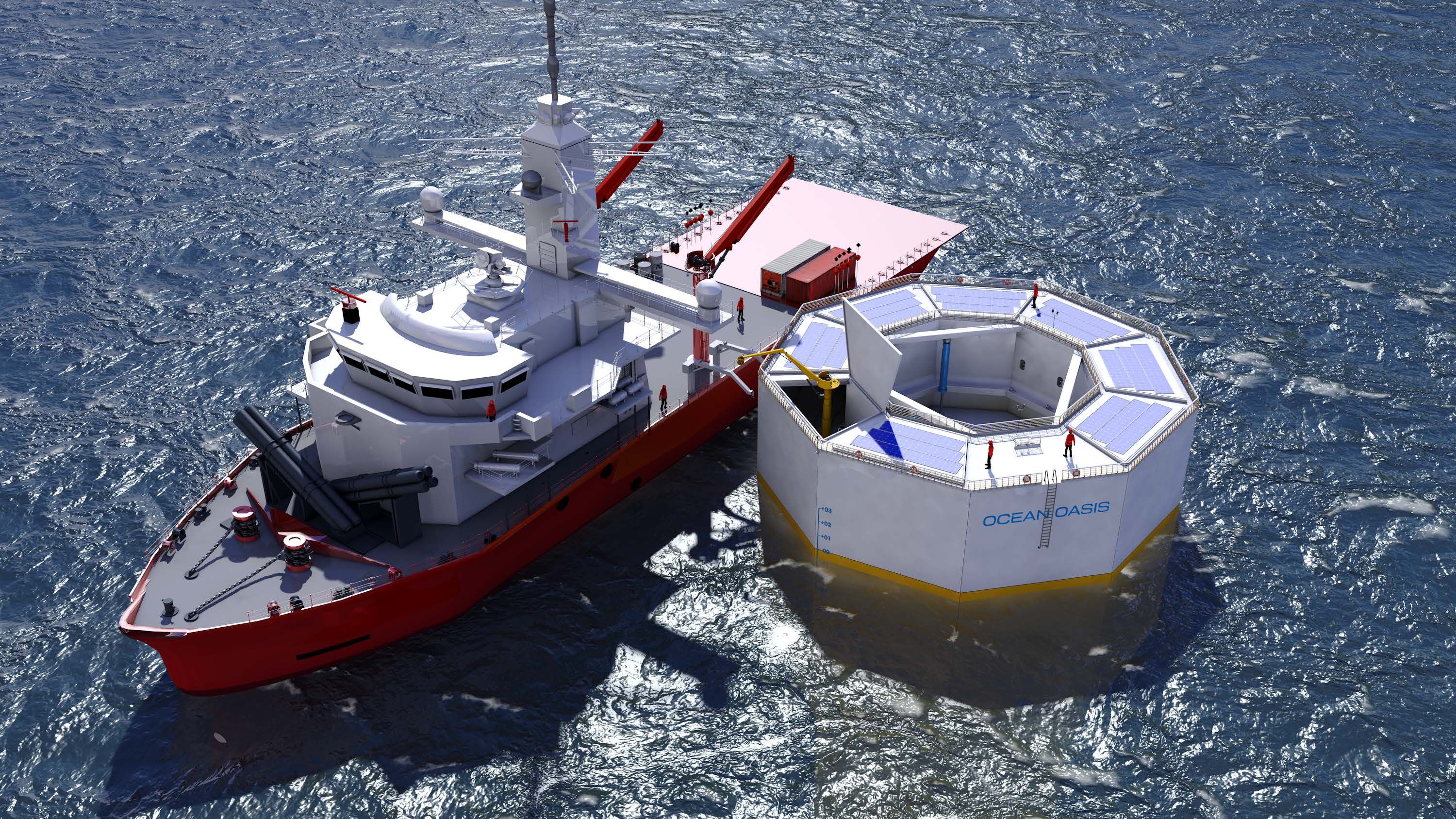 The Ocean Oasis desalination device uses wave energy directly to desalinate seawater without going via the production of electricity. It is estimated that the Ocean Oasis device can deliver water to shore at a cost of 0.9 USD/m3 and 0.5 USD/m3 for a NW Arica and a South Africa wave environment respectively.