CleanLaunchpad reached also Climate-KIC Regional Centre Hessen (Germany) and took place in Darmstadt on the 29th – 30th of July 2014. TU (Technische Universität) Darmstadt hosted eight teams in the Graduate School where they had the possibility to present and to improve their cleantech business ideas in a “free risk zone”, to receive a feedback from the coaches and participants and to give their comments to the others.

During the CleanLaunchpad boot camp, organized by TU Darmstadt Energy Center, eight German teams faced up to the issues of making business out of their ideas. They learnt to give a clear answer to the question “What’s the deal?” and to explain in a few sentences what problem solves their product, who is the buyer and how much the product costs.

Some of the team exercises were aimed to make clear the product’s unique selling proposition (USP), to reflect about the right questions for the potential customers and to define the so-called “beachhead market”. The Dutch CleanLauchpad coach Ron Bloemers and three coaches from the TU Darmstadt entrepreneurship department HIGHEST supported the teams at working on their tasks.

The guest of the start-up talk, Karim Mustaghni, motivated the participants with his experiences in the worldwide start-up scene and underlined the importance of building networks already in the early stages. Further inspiring talks took place during the dinner in one of the local restaurants in the city center of Darmstadt.

The ideas’ presentations at the end of the second day made strong impression not only on the participants themselves but also on the coaches and the team of Climate-KIC Hessen as they showed how much one can develop his/her idea and presentation skills during such a short (but intensive!) time!

The boot camp was really a launchpad for the teams who will continue working on their ideas to present them on the 9th of October at National Finals in Darmstadt. The national jury will award three best teams with the trip to the Innovation Festival, the biggest Climate-KIC event and CleanLaunchpad Grand Finale that will take place on October 29-31 in Valencia. There, they will compete with other CleanLaunchpad teams coming from all over Europe. Three winners will get grants as well as an access to Climate-KIC Accelerator, an important incubation program for European start-ups. 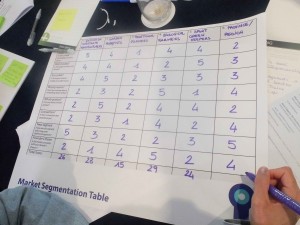 In this video blog we'll put a spotlight on the great ideas of CleanLaunchpad Italy. And you'll learn more about our boot camps. 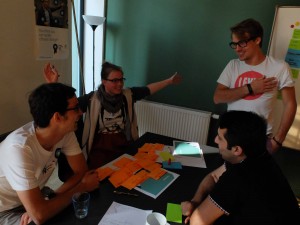 What is "tough love"? And how can a cleantech start-up grow from it? In Berlin they know the answers...