“Being a ClimateLaunchpad trainer is an amazing job. I get to meet and work with so many smart, motivated and energetic people. It’s sheer joy. Our participants are a brave lot, during the competition I see them go through highs and lows, conquer stuff they never had to face before. The best part? I get to see them triumph in the end.”

Paris Thomas is one of our green tech entrepreneurship ninja’s (aka ClimateLaunchpad Trainer). He’s been with us ever since the early days back in 2014. We caught him for a chat and picked his brain about what it takes to get from idea to successful business.

What obstacles do you see participants face after they enter our competition? 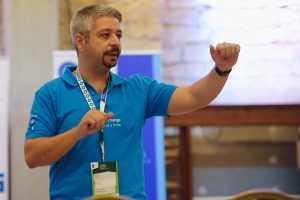 “The first obstacle participants face often makes them look like deer in the headlights. I’m talking about the first few hours at our Boot Camp, when they start to get a grasp of the content of those two days. For most participants this is the first serious validation of their idea as a business and often they don’t know what hit them. Ideas are great, but a good idea is just a small part of what is takes to create a successful start-up. And the problem with ideas is that we tend to cultivate them in our minds into something bigger than they actually are. Friends and family often add to this phenomenon by applauding the idea. Combine that with the fact that they have a strong emotional connection to the climate agenda and are super inspired to help the environment. What you get are passionate people that enter our competition with the firm conviction they are going to change the world with this idea.

Then Boot Camp starts. It’s like they get punched in the face by the overwhelming realization they will have to give it their all – and then some – in an array of areas most of them never even considered. You can almost hear them think: “What did I get myself into?”

The result is an immediate drop in passion and motivation.”

Okay, nice going, they lose their passion. That doesn’t sound too good.

“The thing is, ClimateLaunchpad has a fantastic system in terms of modules and the way the programme makes you progressively think of how to present your idea as a potential business opportunity. Along the way you find out there’s a method to the madness. As participants go through the training they gradually get a rekindled passion for their idea. It is sort of tweaked with a bit of reality. As they go through Boot Camp and start with the follow up coaching sessions, I see the smiles coming back to their faces. You can see they’re a bit more confident and get a renewed sense of hope.”

Reassuring, but somehow it also sounds like there is more to come…

“Well, ClimateLaunchpad is like a pressure cooker. It’s pretty intense and the process is very quick. As participants get a chance to digest all that happened during training, you see a boost in confidence. It all starts to make sense. And indeed, you guessed it, this is when the next hurdle pops up. We give them the challenge of searching for a business model that makes sense. During ClimateLaunchpad we don’t go into detail of every single aspect of a business, but a strong idea needs to have some elements of at least the basic stuff that forms and shapes a solid business.

In this stage we make them question their assumptions. If their idea involves manufacturing, they need to go and talk to manufacturers and figure out what it takes to go to production. They may find that it is impossible or very expensive to get their idea produced. They also need to talk to potential customers in the real world – not just friends and family. Often they find out that their idea doesn’t solve a real or urgent customer problem. Or there is an interest in the market, but not exactly in the way they expected.

This is the life of an entrepreneur. You constantly get punched in the face until you either get used to it, find a way to climb through it or you figure out a way to stop getting punched.”

What is the biggest mind shift you see in starting entrepreneurs? 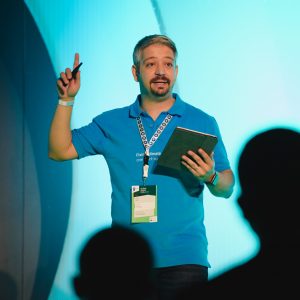 “I think the real shock for most participants is that when they enter the competition, they are in love with their idea and can’t wait to make it real. The general line of thought is that if they get their product ready to launch, success will follow automatically. However, by the time they get out of ClimateLaunchpad their idea may have pivoted a bunch of times, their concept has changed completely, the view of the ideal customer has changed. Being able to deal with that and persevere in what they are doing is probably the biggest shift in mind-set that happens.

I always get a kick out of asking: “Who is gonna buy this from you?”  A typical answer will be something like “Well, there’s a 100 million millennials in Europe alone and we just want 1% of them as our clients.”

Well, being able to catch 1% of a huge market actually seems to makes sense. What’s wrong with that?

“I know, it sounds easy. That’s why everybody has this 1% notion. “If we can only get 1% of the galaxy, we’ll be successful.” But once they start to narrow it down, the view of who actually finds value in their proposition turns out to be not millions – often not even thousands, sometimes just one person. What you need to understand as an entrepreneur is that nobody is going to support you or supply you with money and resources unless you can prove there is a real need in the market or that you are adding real value to the market. This proving will take time and it will take a lot of pivots. They will constantly invalidate stuff they have been doing so far. You need to realize that this is actually good news. Every assumption invalidated and every pivot is a step closer to creating something of real value.”

How do you help participants go through this process?

“It’s kind of a roller coaster they go through. My training style is pretty sleeves rolled up. I’m going to tell you exactly how it is. I’m not your dad and I am not your best friend. Without trying to hurt feelings I will not sugar coat my feedback. In the real world real customers or investors will tell you the truth, so I’d rather expose them to it during ClimateLaunchpad and prepare them before they go out there into the market place.

I also tell them that not everybody is cut out to be an entrepreneur, not all start-ups that enter our competition will make it to global success. Sometimes because it turns out the idea is not good enough, but more often because the team is not ready or up for the challenge. We put these things to the test. Are you resilient enough to come out at the other end and pop open the champagne? I love witnessing this process and see people grow into their roles.”

What’s the best part of your job?

“Through the years I’ve seen participants come to ClimateLaunchpad with an idea, make it to the National Final, sometimes even to the Global Final, and then a few months down the road I get a call: “Hey Paris, I am now running another start-up with these people and here is the good news. We’ve taken everything we learnt, put it into practise and we’re actually starting a company.” Nothing gives me more pleasure. That’s when you know you’ve actually helped them realise and try out this thing called entrepreneurship.” 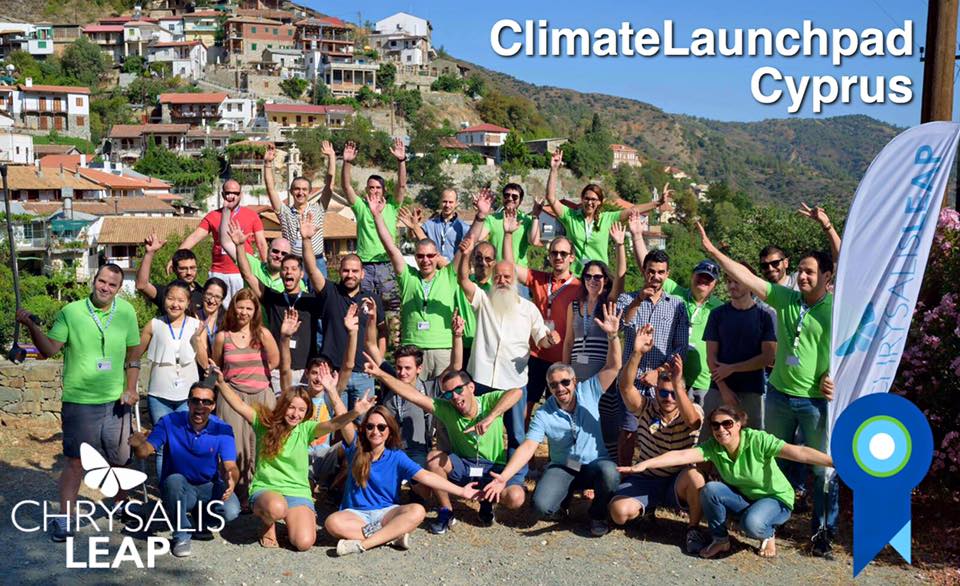 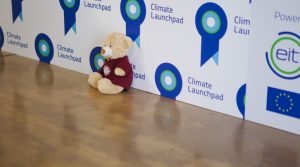 You think you lost? Think again.  Imagine working your behind off during a start-up or business ideas competition. Long hours, little sleep, dazzling to-do lists, tons of brutally honest feedback and at times that fuzzy feeling of being somewhat overwhelmed. That’s what joining a competition like ClimateLaunchpad can be like, especially with the intense Boot... Read more » 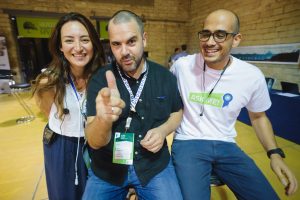 Calling all green business ideas Let the games begin. We just kicked off the 2018 edition of our global green business ideas competition. We’re now open for applications in 35 countries. Last year’s record amount of 1,000 green ideas nicely sets the bar for this year. Do you have a green idea that deserves business... Read more »