We were on the phone for an interview with former ClimateLaunchpad participant Killian Stokes from Moyee Coffee about their coffee business. Their forest grown coffee has less than half the carbon foot print of other coffees. Besides this climate advantage, Moyee supports five times more jobs, incomes and profit to stay in coffee growing countries.

“The global coffee chain”, says Stokes “is badly broken.” Although the coffee industry is worth almost $100bn a year (we drink 2 cups a day), 90% of coffee farmers live on less than $2 a day and 90% of coffee growing countries still rely on international aid to survive.

While 100% of coffee is grown in the coffee belt, 99.9% of all the coffee we drink is roasted in Europe or America. This means coffee beans leave their country of origin as raw green beans with all of jobs, profits and value-add being exported to the West where most of our coffee is roasted, bagged and branded.

“The goal for 2018 is to sell 1 million cups of Moyee’ FairChain coffee in Ireland.”

A lot has happened since they joined our competition in 2016. Today they are selling their coffee to Groupon offices across Europe, tech hubs in Ireland and a bunch of independent food coops and health stores. Their goal for 2018 is to sell 1 million cups of FairChain coffee in Ireland, to sell about 8,000 of coffee so they can support 350 coffee farmers and their families and help preserve 350 rugby pitches of native forest.

It sounds like you’re doing really well. Can you tell us how it all began?

“I used to travel a lot to countries like Uganda and Ethiopia for charity projects I was involved in. On my time off I would hike in coffee growing regions where I would kept meeting hard work local coffee farmers there that were growing beautifully organic coffee but living in poverty. These farmers were very poor, I learnt that they were paid 30 cents per kilo. After it was roasted, consumers would pay 30 euro per kilo for that coffee. I just couldn’t understand how the farmer was getting 1%. It couldn’t cost 100 times to ship that coffee.

My business partner Shane had similar experiences travelling around South Americas and back in 2016 we decided to try set up an ethical coffee company to help shift more value back into coffee growing communities. We encountered a Dutch social entrepreneur, Guido van Staveren, who had partnered with Ethiopian roasters and farmers to set up Moyee Coffee the world’s first FairChain coffee company.

They had this great process where they were paying farmers in the Belata Forest a 20% bonus on all their beans. But in addition they had set up a roastery in Addis. So once these coffee beans were harvested, washed dried and placed in big sacks they were sent to the capital for roasting (rather then being exported to the West). The roastery was producing a world-class finished product - speciality coffee, grown, roasted, bagged and branded in Ethiopia.

The Dutch were having real success selling this amazing coffee into workplaces in the Netherlands. Shane and I decided rather to help the company go global and by bringing FairChain coffee to tech and creative companies in Ireland and the UK. That’s how Moyee Ireland UK got started. That was late summer 2016 and that autumn we enrolled in ClimateLaunchpad.”

“I just couldn’t understand how the farmer was getting 1%. It couldn’t cost 100 times to ship that coffee.”

It helped us articulate our environmental proposition

“ClimateLaunchpad was great, the workshops were brilliant and helped us craft our pitch and articulate our environmental impact. Moyee initially was about economics and empowerment. The competition got us to also focus on sustainability and the climate aspect - which is turning out to be a major USP.

What we learned was that the coffee we were selling was grown under the canopy of the rainforest, side by side with other plants and herbs. Full forest, full of life, full of insects and bees and spiders and monkeys and whatever. Sadly, the global coffee industry is a major cause of deforestation. Your average bag of coffee, the kilo, produces about 8 to 9 Kilos of CO2. So we calculated that Moyee Coffee only produces 3.7 kilos of CO2, also because it’s picked by hand and there are no chemicals or pesticides involved.”

A third of the environmental impact of other coffee

“So it’s radically good coffee. Not just climate wise, the quality is also exceptional with beans that grade in the top 5% of all coffee in the world. The economic impact is 5 times better than other coffees. And because it’s grown, roasted and bagged locally, a lot more jobs stay locally. On top of that forest coffee has a third of the environmental impact compared to other coffee. We also calculated a third of our carbon impact comes from the fact that we fly our coffee to Europe. We intend to ship our coffee by boat in the near future, which will drop our carbon footprint to 2.5 kilos.

“Forest coffee could actually be giving back carbon credit.”

“At the moment we are getting traction. A big win for us is the deal with Groupon in Ireland. We supply coffee to their offices and they love it, love the flavour and taste. They also love the story on the economic impact and they particularly love the green story of forest grown and the low carbon footprint – as it aligns with their green values on sustainability.” 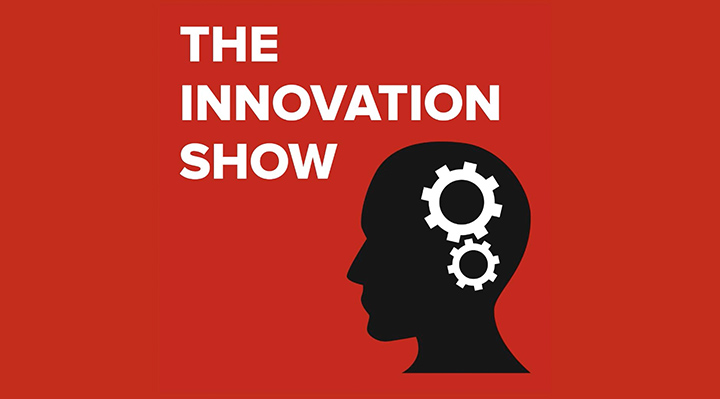 “We’re the world’s first blockchain coffee. That means that you can go to blockchain.fairchain.org and you can see the payments for coffee beans we are making to our farmers each day. You’ll see a photo of a farmer, you’ll see how much he or she brought to us, you’ll see how much money we paid him/her and you will see the 20% bonus we paid on all of their beans.

Blockchain is really exciting, because between the tree and your coffee cup there’s over 10 steps. We want to reduce the number of steps to 6 and we want to see 3 to 4 of these steps in Ethiopia, where the coffee should be grown and washed, roasted and bagged and quality controlled. When it arrives here our job means 2 things: we communicate and we sell. Our objective from an economic point of view is that 50% of the consumer purchase price should go back to the country of origin

“It promotes innovation, creativity and transparency.”

With blockchain, we want you to be able to use your phone and scan the QR code on the bag when you’re standing in the supermarket aisle and to be able to see the 5 or 6 steps and where your money went.

From the environmental angle that same blockchain technology can be used to show our consumers where the carbon was added, where the pollution took place. You’ll see that the farmer doesn’t add any pollution: he’s just grown a beautiful plant in the forest, picking berries and bringing down his coffee cherries on the back of a donkey. Obviously carbon will be added where the machines come in, at the roastery. Also when we transport the coffee we again produce carbon. Showing that transparency and journey, means that either we can innovate or the next generation of social entrepreneurs can look at our model and say: “Hey, I think you’re doing a lousy job at that section and I’m going to come up with a business that’s going to be smarter than yours.” I like that idea. It promotes innovation, creativity and transparency.”

Best advice: If you want to grow a business, get the tools and network you need.

“I think you’ll gain great awareness of your business. You’ll gain great tools, to help your business to grow, and help you sell what you do to your customers. It will help fine-tune your communications skills and it will connect you with a community of likeminded entrepreneurs. So it will give you tools and network.”