Wavetube develops a patented solution to produce renewable energy from the motion of ocean waves. That is Sara West and Alexander Torstenfeldt’s idea, which made them the winners of Climate-KIC’s CleanLaunchpad, EU’s largest cleantech business idea competition 2014.

Wavetube (Sweden) develops a patented solution to produce renewable energy from the motion of ocean waves that slashes the cost of wave energy per MWh by a third.
Their solution is different in comparison to many existing technologies. Some are functional, yet too complex to survive in the marine environment. Wavetube maximizes survivability by offering a technology that is based on simplicity, robustness and reliability, where all critical mechanical components are protected from the seawater in a sealed construction.

The customers are global electrical utilities. Wavetube aims to develop and sell wave energy farm projects together with collaboration partners. One farm will be able to supply an entire average sized Swedish municipality.

“Our dream is to become forever associated with Wave Energy. Whenever you hear about wave energy you should immediately think about Wavetube. Our goal is commercialization by 2020, having initiated two major wave energy farm projects with customers by then.” – Sara West, founder and Alexander Torstenfeldt, co-founder of Wavetube

The winners Sara and Alexander of Wavetube receive EUR 10,000 for further development of their cleantech idea. Second Prize Winner Desolenator (UK) EUR 5,000 and Third Prize Winner Cambond (UK) EUR 2,500. The audience favorite was start-up OR-KESS (Germany, Hessen). However, the best prize is that they are now accepted into Climate-KIC Accelerator, the world’s first real-life business school for promising cleantech entrepreneurs.

At the winner announcement there was a surprising moment when Jury Chair Hero Prins, Director Entrepreneurship Climate-KIC, revealed that the jury team of the Grand EU Final agreed that all seven finalists were of such a great quality that they were all granted access to the Accelerator.

The competition was created by Climate-KIC to unlock Europe’s cleantech potential and supports start-ups that address climate change and shape the world’s next economy. Hundreds of business ideas were submitted from 11 participating countries, varying from Poland, Cyprus to Denmark.

After an intensive six months tour of boot camps, coaching sessions and national finals, thirty of Europe’s best cleantech ideas were taken to stage in the morning of 29th of October. Thirty of EU’s leading investors and entrepreneurs were judging the pitches in 5 parallel sessions. Seven start-ups reached the CleanLaunchpad Grand EU final, that very afternoon. The winners of Europe’s largest cleantech business idea competition were announced in the kick-off of Climate-KIC’s Innovation Festival (October 29 – 31, 2014) in Valencia (Spain).

About Climate-KIC
Climate-KIC is the EU’s main climate innovation initiative. It is Europe’s largest public-private innovation partnership focused on mitigating and adapting to climate change. Climate-KIC consists of companies, academic institutions and the public sector.
The organization has its headquarters in London, UK, and leverages its centers across Europe to support start-up companies, to bring together partners on innovation projects and to educate students to bring about a connected, creative transformation of knowledge and ideas into products and services that help mitigate and adapt to climate change.
Climate-KIC is one of the Knowledge and Innovation Communities (KICs) created in 2010 by the European Institute of Innovation and Technology (EIT), the EU body tasked with creating sustainable European growth while dealing with the global challenges of our time.

Picture of the winners 2014 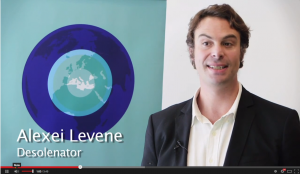 This videoblog gives you an outline how UK organised its national final.