It is Sunday evening, the moment most people relax – but not the team Smergy and the other teams who gathered at the Green Garage in Berlin (Germany). The teams were presenting their final pitches; they worked so hard for the last two days. Including the Smergy team: What is “our deal“, what is our founders dream? Will our business idea be financially viable? How will we learn from customers if our idea is worth pursuing? At the end of the boot camp, the Smergy team had found the answers and presented them in their pitch. The audience was applauding. It made the Smergy team smiling.

“Do you see how much clearer the pitch is now?“ CleanLaunchpad trainer / coach Ron Bloemers, a veteran of the energy industry, asked the group. They nod affirmatively. They too got “tough love“ from him, hard questions, critical feedback and many tasks – over and over again. After all, this was a boot camp to bring ideas up to speed. Only the best ideas will make it to the Grand Final at the Innovation Festival in Valencia.

The cleantech ideas from Berlin were diverse, but all linked to CleanLaunchpad’s mission to tackle climate change from a business point of view:

Coolar builds a fridge that is fueled by heat instead of electricity and does not need toxic liquids;

Smartpooling is working on a system to manage the complex energy mix of corporate office buildings that have photovoltaic installations and electric vehicles and want to use them efficiently;

Algae lamp is working on just that: a beautiful lamp that grows edible algae in it, ready in your kitchen;

And Smergy, an app for consumers to save energy, leveraging the big data of smart meters.

The night before, all CleanLaunchpad participants had dinner together, right outside the Green Garage (this was a garage previously but is now an office and a workshop room). This is “home” for start-ups who got access to Climate-KIC Accelerator. Phillip Mahr is one of them. He came by to inspire the four rookies by sharing “war stories“ with them and explained to them how the program helped him and his cleantech company Awaju to get things going.

Why? Because this comes next in CleanLaunchpad: the boot camp is followed by the National Final and then the best will compete in the Grand Final. Besides a Money Prize, the winners will be invited for the Climate-KIC Accelerator, the world’s first real-life business school for promising cleantech entrepreneurs. If not, they can still apply for the spring semester but face an equally tough jury of experts.

But Grand Final or not… For now, all participants concluded that the CleanLaunchpad boot camp was intense and stressful, but also that it was all worth it. It gave them the opportunity to work on their ideas and to bring the ideas a step further.

Author: Holger Dieterich, coach for Climate-KIC and CleanLaunchpad in Berlin 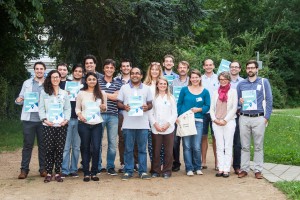 A risk free zone in Hessen

In "a risk free zone' in Hessen eight teams were further developing their cleantech ideas. It was intensive but rewarding: all were surprised by their progress. The beginning of a steep learning curve! 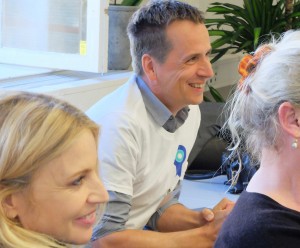 All we need is…