By Catherine Early.
(This article originally featured in our event magazine the CLP Daily #4. Michael Liebreich was one of the speakers at ClimateLaunchpad Global Grand Final, 2 October 2020)

Clean energy tech guru Michael Liebreich tells ClimateLaunchpad Daily about the early years of setting up his business, and what being an entrepreneur has in common with a mountaineering drama.

Michael Liebreich recalls the first year of his business. “I call it my ‘Touching the Void’ year”, he says, referring to the story of mountaineer Joe Simpson, who fell into a crevasse in the Peruvian mountains. “My money was going down and down, I couldn’t climb back into a corporate role, so I had to abseil into the crevasse, and it was very stressful,” he says.

Having had his fingers burned as a venture capitalist in the dot com crash in the early 2000s, Liebreich says his career had been left “high and dry”. But the experience also gave him time to think about what to do next.

His background as a skier and mountaineer – he had been a member of the British Olympic ski team – had interested him in environmental issues, and he also had an engineering degree from the University of Cambridge. He was therefore aware of the problems in the energy system, but also potential solutions.

He had experience in information systems, so decided to set up New Energy Finance – an information and database company specialising in clean technologies. The first couple of years were “brutal”, with Liebreich researching, selling and raising investment during 1820-hour days. With hindsight, Liebreich realises he could have made his life easier.

The first couple of years were “brutal”

“As an entrepreneur, it probably took me a bit too long to embed the business model, and a year too long to raise money. Had I known just how hot the sector would become, I could have raised money earlier and hired more help,” he says.

“The business model is bloody obvious now – if you wanted to start another database on the same model as NEF, I could tell you exactly what datasets you need, it’s all very structured. But at the time we were just at the end of the physical newsletter period, and shifting everything onto the internet,” he says.

‘The end result was a “fabulous business”’

Customers told him they still wanted a physical newsletter, but he knew this would mean that he would have to set up one business model, only to change it the next year, so he stuck to an internet first model. The end result was a “fabulous business”, he says. He sold it to Bloomberg in 2009, but retains a senior role, and went on to found his advisory business, Liebreich Associates.

Having correctly predicted the huge business that renewable energy would become, Liebreich earmarks digitalisation – of energy, transport and other infrastructure as the next major disruptor. Sensors would become common on all kinds of infrastructure, such as those on powerlines and substations that can tell energy companies where a power cut has occurred, he says.
Whatever a start-up produces, they need to remember one key thing – they must be able to sell it for more than it costs to produce. It was absolutely possible to make money from a business that also benefits for the environment, as New Energy Finance had shown, he says.

‘Talking about the Greenland ice sheet collapsing will not sell’

“But if you’re going to do that, you need to remember you’re running a business. Talking about the Greenland ice sheet collapsing will not sell – I’ve seen too many earlystage ventures fail because they have an idealised view of how easy it is to make a sale,” he says.
Start-ups need to think through the pricing, how many sales people they need, what value the customer gains and how many they are, and where they are located. These elements are how business works, he says.

Liebreich wishes ClimateLaunchpad entrepreneurs good luck, adding that an economic crisis was a “perfectly good time” to start a business, as he had done back in 2004.

“I started a business when I didn’t really want to, I had no choice. In Touching the Void, the mountaineer abseiled into the crevasse, then he had a long crawl till he got to camp and was hailed a hero,” he says. 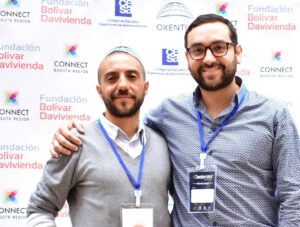 Reusing grease from industrial wastewater to make biodiesel. (But that’s not all.) Environmental tech developers for the industry; that is how they describe themselves. As such, former participant Zhana Solutions focuses on water management. One of the things they successfully developed is a patented electrochemical method to treat industrial wastewater more efficiently than conventional installations.... Read more » 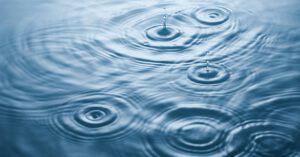