6 months ago, 10 Entrepreneurship teams (6 RICs, 3 KICs and 1 partner) across Europe started working towards the same goal. Our mission was to create Europe’s largest cleantech business idea competition. We called it ‘CleanLaunchpad’.

By doing so we aimed at finding the best cleantech start-ups in Europe and we would then put the very best in Climate-KIC’s Accelerator in order to ”unlock Europe’s cleantech potential”. Furthermore, we would start creating a EU wide cleantech business network and connect different European entrepreneurship locations by working together.

We received 479 applications. We selected the best business ideas of each country, trained them at two-day boot camps, gave them individual coaching for 4-6 weeks and let them pitch in front of tough juries in National Finals.

The top 30 start-ups from our CleanLaunchpad National Finals across Europe were brought to Valencia for the CleanLaunchpad Grand EU Final at Climate-KIC’s Innovation festival.

Not only did the competition work as intended but most importantly: both start-ups and staff had an awesome time and were greatly inspired from each other.

This first year being our pilot edition, we managed to do some things that were really good. Other things could be greatly improved. Without a doubt the absolute best thing we did was to create a start-up community with lots of fun and inspiration. This could not have been possible without the high energy, enthusiasm and passion from everyone involved. So big thank you to all national leads, coaches, sponsors, CleanLaunchpad central team and of course all the amazing start-ups who made this first year’s CleanLaunchpad competition into such an exciting journey. Stoke is already on for CleanLaunchpad 2015! 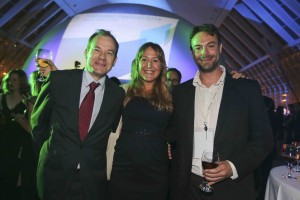 A great opportunity to accelerate our venture

'Before our pitch we put a pinch of salt into each of the judges water so that they could immediately understand that we are in the solar desalination business!' Alexei Levene tells about the day they became second and won access to Climate-KIC's Accelerator. 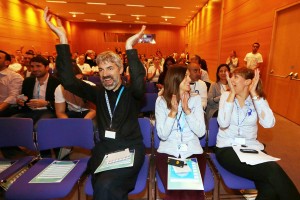 '... a start pistol shot of the day in the only way it was intended: the sound of 90 persons cheering, clapping and shouting. Doors flung open and everyone rushed into their assigned rooms to start the sessions. The Games had begun.' An impression of the CleanLaunchpad finals written by project manager Sara Schützer.