Bridging the gap between corporate need and locally sourced potential

If there is one woman in Pakistan working relentlessly to encourage Pakistani public and private spaces to take a more integrated sustainability approach, it is Hira Wajahat. Hira is National Lead for ClimateLaunchpad and Programme Manager at consulting firm Stimulus. Her aim is to bring more corporate collaboration and investment in local production and start-ups already involved in creating social or environmental impact.

Pakistan is the world’s fifth most climate change vulnerable country, according to the Global Climate Risk Index for 2020. The report, published this year, says that between 1999 and 2018, climate change costs Pakistan almost 10,000 lives and $3.8 billion worth of economic losses.

According to Hira, as the impacts on the ground are becoming more visible, people in Pakistan have started seeing the patterns in extreme weather events. There is more awareness amongst the masses that the frequent natural disasters are not one-offs.

“Almost every year there’s some kind of natural disaster, such as rain and flooding,” says Hira. “This has been a pattern since 2005. Up until 2017, we haven’t looked at these events in a connected way, but over the last couple of years, there has definitely been a realization that all of this is linked.”

Despite Pakistan’s pressing economic priorities, the result has been an increased awareness about the climate risks and the emergence of a government ministry, the Ministry of Climate Change, tasked specifically with tackling climate change mitigation and adaptation.

Being sustainable when every cent counts

There has also been some industrial and corporate interest in sustainability practices, however Pakistan’s industry is dominated by textiles and agri-business and investment is often dictated by a need from global clientele.

“We’re economically driven. For us, every cent counts,” says Hira. “There are great things happening on the sustainability front, but only through products made for clients adhering to certain global or European environmental standards. Two years ago a local textile company set up an entire denim production unit with capacity for 30,000 jeans per month. They invested a few billion dollars because the client said the jeans needed to be produced on 100% renewable energy, so now the entire unit runs on solar power.”

She cites another example of a forward-looking packaging producer who made major investments in his machinery in order to adhere to KFC UK’s request. All packaging products and utensils had to be fully biodegradable. “The costs went up from approximately 30 cents to three Euros, but his attitude was, ‘I’m doing it but it has to make business sense to me. If KFC UK will pay, I’ll do it. No worries.”

Although such commercially demand-led moves into sustainable practices are a step in the right direction, for Hira, it’s not enough.

The need for local and community- driven innovation

She herself experienced this need for local innovation when a solar-panel supplier pulled out of a deal she was managing through her consultancy firm. They were forced to scramble for solar products for their agri-business client, and high tariffs meant that importing from abroad wasn’t an option. “Changes to Pakistan’s customs duties and tax meant a solar product that would cost $4000 in Germany was suddenly costing $22,000 in Pakistan,” she says.

Soon after, a field trip to a remote Pakistani village close to the Afghan border offered her some surprise inspiration. The village had recently been under the influence of the Taliban, and the local community was looking to reclaim and rebuild the area. It was in this village that she met an enterprising grain mill owner who was running his local business entirely off-grid.

“Once the Taliban had been driven out, the local community leaders wanted to introduce schools and hospitals to help get the village and community back on track,” says Hira. “We met this grain mill owner who had set up an ingenious solar-powered grain mill. He’d just picked up a cheap quality solar panel that stopped working every six months, so he’d just dump it and go and buy another one. There was no electricity in the village, so he was set.

“That inspired us, and we thought, ok why don’t we create our own line of local products? We can go and visit universities and get these young students on board who are working on projects, and if something comes through, we are happy to invest in it and see what comes out of it.”

It was during this process Hira came across ClimateLaunchpad. Organising the competition in Pakistan was the perfect way to access all the ideas, projects and products that could potentially be commercialised, but were currently languishing incomplete and unsupported across Pakistan’s universities and labs. “ClimateLaunchpad became the go-to for finding out who these people are,” says Hira.

Pakistan’s inaugural competition took place in 2019 and was a huge success, with around 100 applicants – half of whom were women. She’s already gearing up towards ClimateLaunchpad 2020 and is excited about some of the ideas and innovations already striving to make it to the Boot Camp.

For Hira, the competition is a step towards the systemic change she thinks is required to meet the climate change challenges Pakistan is facing head- on. Bridging the gap between corporate need and locally sourced potential. Connecting solid products and hardworking teams with a corporate partner who can help them take their idea to scale.

“A systems approach, or an integrated approach: it’s not just one thing, you need to take everything into account and build it up accordingly,” she says. “When we talk about systematic change, the mindset would change, the equipment needs to be upgraded, the government policies need to change. This is something I hope to see more of in Pakistan in the next decade.” 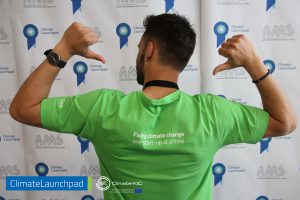 Dear all, Now more than ever we need to pull together. And that’s exactly what we see happening in our global green community. Our number of participating countries has grown to 57. And with the support of all of our national partners we’ve been able to create a fully digital edition of our programme. The... Read more » 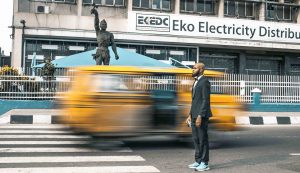 Positive leadership paying off for Nigerian ClimateLaunchpad team This is Tosin Ajide’s second year running ClimateLaunchpad in Nigeria, and, despite the COVID-19 pandemic, the competition is still growing stronger. “It keeps getting better every year. This year we had over 300 applications!” says Ajide. Just like the rest of the world, climate change has had... Read more »